Last week, the Innovation and Technology for Development Centre (itdUPM) participated in a project with several Brazilian institutions, as the Ministry of Environment of Brazil, in order to design sustainability and human development actions in the semi-arid area of this country.

Before this project, the Brazilian Development and Sustainability Institute (IABS) and the itdUPM have worked together to generate a network of organizations focused in the development of innovation actions in vulnerable areas. This fact has led both entities to hold several meetings with the Ministry of Environment of Brazil and the Inter-American Institute for Cooperation on Agriculture (IICA) to design actions to improve the quality of life in the semiarid region of Brazil.

itdUPM and IABS defined, together with the Deputy Secretary of Agriculture, Fisheries and Aquaculture, Carlos Henrique Soares, the basis of a training plan for small producers to be taught at the Xingó Centre for Coexistence with the Semi-Arid, while they were visiting the states of Alagoas, Ceará and Pernambuco –which are specially affected by semi-arid weather, suffering long periods of low rainfall.

In addition, they visited the families who are participating in a pilot project to implement social technologies packages. These families are the winners of Mandacarú Award, promoted by IABS and itdUPM.

Tadeu Assad, president of IABS, told to Alagoas Communication Agency: “This mission is part of a broader set of actions that will be generated from the Xingó Center. This is the reason why we started the visit in the state of Alagoas”. 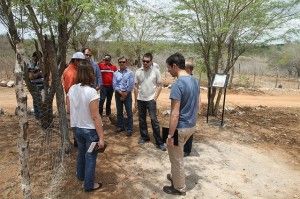 Carlos Mataix, director of itdUPM, and Manuel Sierra, Director of Cooperation at UPM, agreed on the importance of exchanging knowledge between the two countries for the success of the network. “We all have knowledge to share in finding innovative ways to solve problems that are common to both countries“, Mataix stated in clear reference to weather problems that also occur in Southern Spain.

The Technological Federal Institute of Alagoas (IFAL) has participated in these meetings too. It is a vocational training centre that includes specialities of inclusion of producers in agro-ecological value chains, whose students take practical training at Xingó Centre.

itdUPM and IABS took the opportunity to learn thoroughly about a pilot project for sustainable forestry, community-based, promoted by the Brazilian Environment Ministry and the Araripe Foundation, which provides biomass to the local industry of ceramic and plaster, in the region of Araripe.

It was also showed special interest to several industrial farms that, thanks to the work with the areas of sustainable forest management and the improvements in the energy efficiency of their facilities, have managed to enter the voluntary carbon market.

The Environment Ministry of Brazil is working to turn these pilot projects into a national policy.

In adition, itdUPM held meetings with the Federal University of Cariri (UFCA), an institution with close ties to the territory. UFCA is an essential partner in order to work in the area. 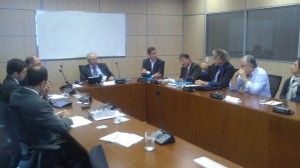 The institutional mission concluded with meetings held with the Executive Secretary of the Environment Ministry of Brazil (Deputy Minister), Francisco Gaitani, and the Brazilian representative of the Inter-American Institute for Cooperation on Agriculture, Manuel Otero.

These meetings laid the basis for the signing of a cooperation agreement on sustainable management of natural resources, basic services (as water access and sanitation), and for institutional strengthening through the training of technical staff of the Environment Secretariats of State.

PrevPreviousExploring the potential of partnerships in the creation of human development. Ferrovial case study
NextThe role of innovation for a sustainable future. Working paperNext